A history of the uprising of Peasant communes in Eastern Serbia after the King tried to seize their weapons.

Fifty years after the 1883 rebellion in Eastern Serbia which resulted in its liberation from the Ottomans, another uprising broke out in the same region. This time it was directed against domestic authorities. The peasant movement in Serbia in 1883 resulted from economic, political and social factors. 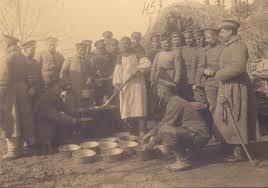 After the overthrow of Ottoman rule, the Balkan peasant witnessed the growth of his own State establishment which introduced a heavy bureaucracy and fiscal burdens unknown in the previous period.
The city became the main initiator and beneficiary of the modernization process. The peasant became involved in a free laissez-faire economy in which he had to confront competition beyond his economic capacities. Having offered massive support to movements directed against the Ottoman rule in the previous period, the peasant now became an object in the political game of domestic and foreign dynasties and politicians recruited among the new intelligentsia and the growing urban population. In the struggle for constitutionalism and parliamentarianism which was promoted in the Balkans during the last three decades of the nineteenth century and was initiated by the middle-class liberals, the peasantry suddenly assumed an important political role, due mainly to its numerical preponderance in the voting process. The liberals mobilized and organized the peasantry, confronting the conservatives who found support in the dynasty, the army and the bureaucracy. This confrontation enlarged the basis of Balkan politics and introduced a period of dynamic and explosive strife and collisions